Pickleball is a net sport where individuals use paddles to hit a ball over a net until the ball falls either out of court or is missed. Originating as a child’s game in the 1960s, pickle ball was created with related tennis, badminton and ping-pong rules in mind. Played on a small court, the perforated polymer ball is served underhanded over a lowered net and is then hit after the first bounce by the opposing team. The sport is particularly popular with senior citizens, yet it is also one of the fastest growing sports in America.

Pickleball Common Questions
How do you play pickleball?

Pickleball is played like table tennis and badminton. It’s played with two teams of two people. You start by serving the ball by hitting the ball with a paddle over the net towards the opponent until the ball hits outside the court or is missed.

Joel Pritchard, Bill Bell, and Barney McCallum invented the sport in 1965 on Bainbridge Island outside of Seattle, Washington. The invention of pickleball was created out of boredom from their kids, Joel and Bill went outside to their badminton court and created the game in their backyard.

How do you score pickleball?

Points are only awarded on the serve; a point cannot be scored by the receiving side until the ball has been touched by both teams. Points are awarded if the ball hits the net or bounces out of bounds on the opposing side. 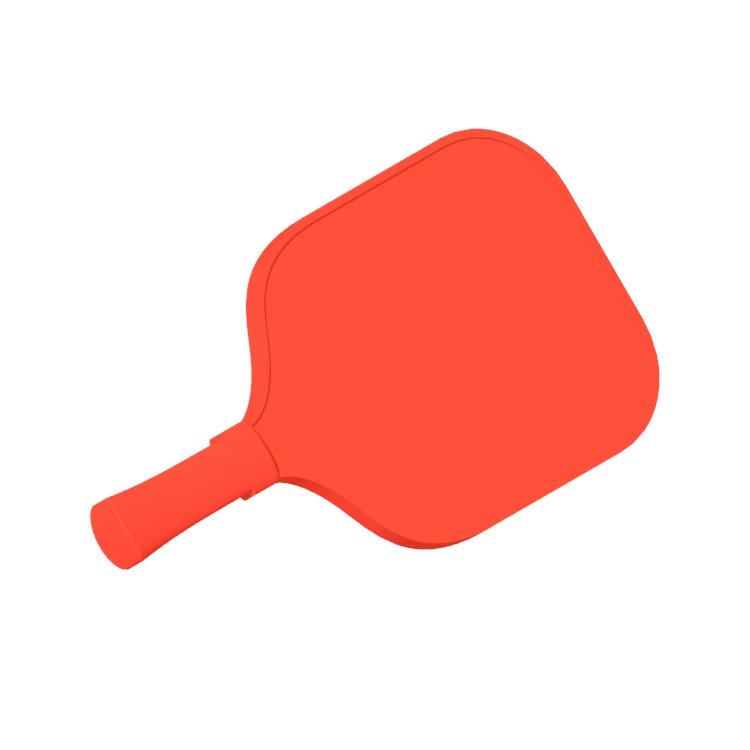 Pickleball Paddle
This is some text inside of a div block.
3D

Pickleball
This is some text inside of a div block.
3D

For 3D Downloads, upgrade to a Dimensions.Guide Pro Membership
Pickleball

The most common color for an outdoor Pickleball is yellow. Indoor Pickleballs are typically green. The color of a Pickleball should be chosen in accordance to what color will stand out in a court. Other Pickleball colors include pink, midnight blue, black, or even two-tone Pickleballs.